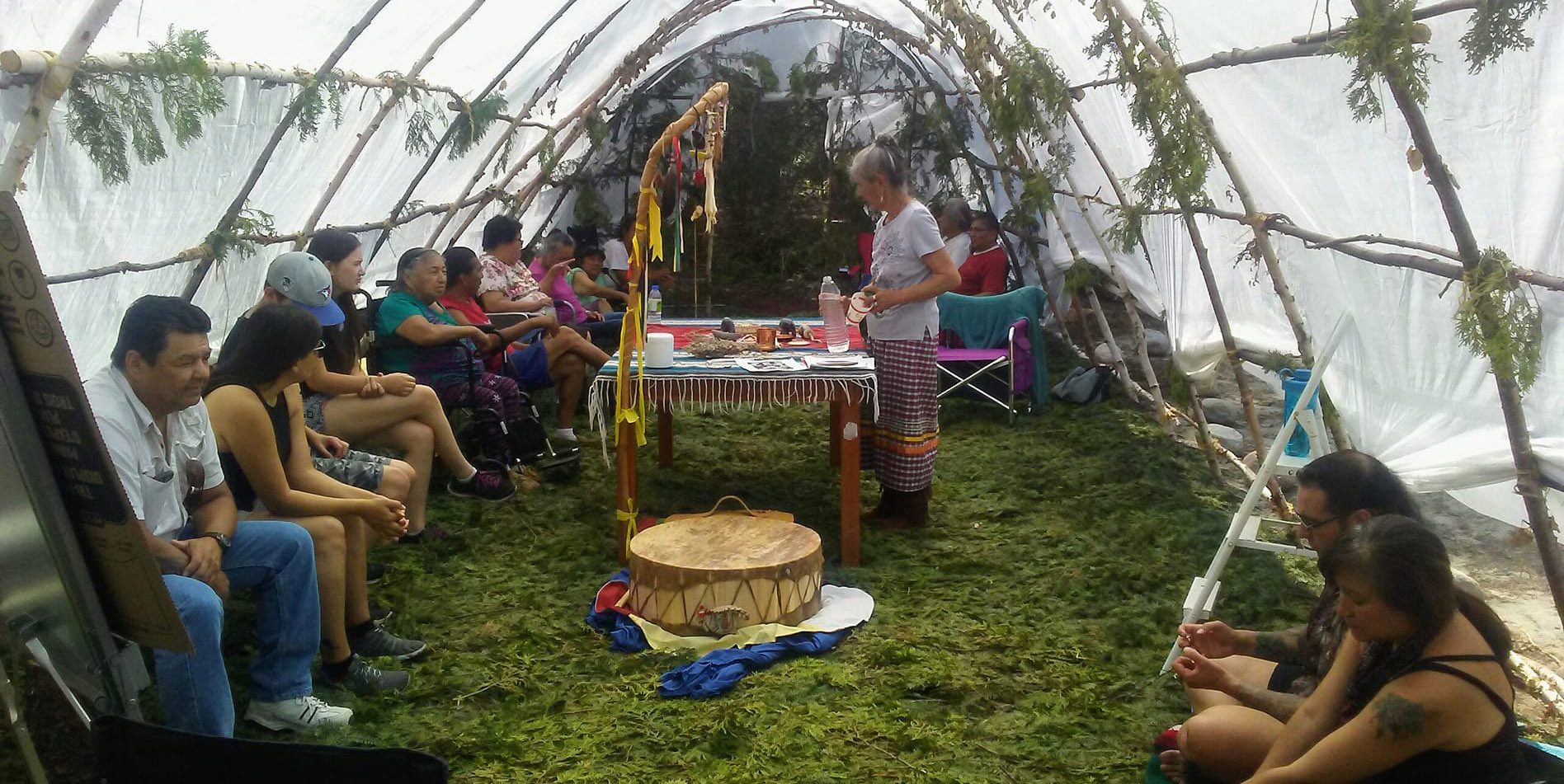 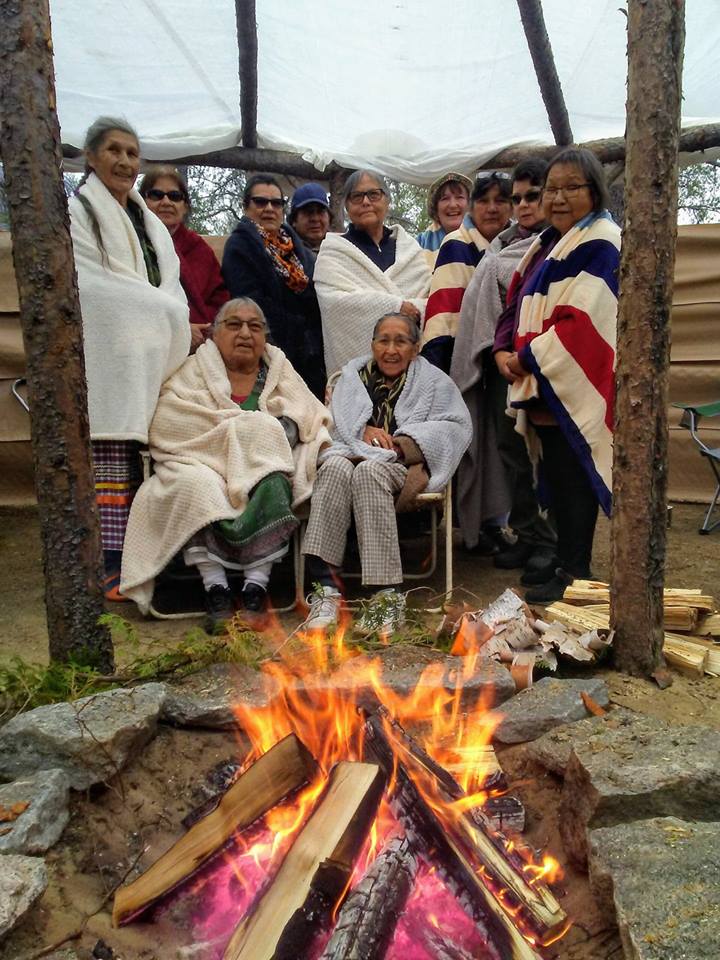 The concept of Anishnabe Odinewin was inspired by our Nation of Algonquin Elders who were gathered through a yearly Algonquin Language Symposium. It was only a matter of time that a project would be initiated to construct a language and cultural teaching model using the Pike Bone Constitution as a guide. In Fall of 2017, 3 Algonquin women came together to begin building a Land Based Model that with carefully guided by their Traditional Grandmothers. Upon the first meeting “Kokomag Atsokan” callout, they had successfully established a Kokomag Advisory Council in order to construct a visual teaching model and with respect to their protocols This Kokomag Advisory Council was set up to bring language and culture back to their communities in a land based setting as recommended by the Algonquin Elders from gatherings before.  The work they have completed so far since November 2017, include a land based language curriculum based on the pike constitution, a life span cultural model, a 6 seasonal model to enhance their Traditions, and successful summer & fall camps.

The kokomag are all from different communities within the Algonquin Nation.  The kokomag (grandmothers) have been working together with the women on this specific project since November 2017. Although it is a fairly new group, some of these kokomag & other elders have been working together since 2007 when they came together to declare their sovereignty in northwestern Québec. The Algonquins in La verendrye park have a traditional governance that is managed by families & overall Nation. Many families still follow their traditional migrating system which is the inspiration for the Odinewin Camps and some families have all year round camps.